AFAM was established in 2002 with the aim of promoting social interaction between the Africans in the Miyagi Prefecture and the Japanese community. It is the only registered African association in Miyagi that is fully recognized by all relevant bodies dealing with Africans in Miyagi. We organize public seminars on Africa Development, events and activities which promote African values and culture through performances and service work in the local community.

We welcome African international students who come to study in the Universities in the Tohoku Region and offer support to help them settle in.
We cooperate with institutions like JICA and local companies to organize public seminar on Africa Development and study tour for foreign students.
We actively participate in the events held by the local government and city hall / ward office.
We visit nursing homes and interact/exchange with the senior citizens through singing and dancing to portray African values.
The association has a mission to act as the main body to support the internationalization concept not only of Miyagi but all of the Tohoku region through events, public seminars and the like. Currently there are several African students in the universities in the Tohoku region and AFAM will serve as a union organization to network with all the Africans in the region.

AFAM participate in citizens activities, work with the local governments and organizations to deepen the understanding of the Japanese community regarding African values and culture and also assist in the regeneration activities of the Tohoku region.

Message from the president

I am delighted to welcome you to the official website of the African Association of Miyagi (AFAM). Our Association came to life in 2002 and has become the platform for the discussion of African contemporary issues and development. As President of the association I am determined to set the agenda for the future of the African Continent by providing a platform for interaction and exchanges between AFAM and the Japanese community especially those interested in Africa, in collaboration with the Local Government and Private Organizations. Our ultimate goal is to become a positive force not only for AFAM members but also for all Africans in the Tohoku Region and beyond, and a constant source of social value in the communities we live in. I believe that as a collaborative society AFAM has the ability to empower not just our own members but everyone we have an opportunity to work with. We want to undertake the initiatives in our project page (https://afam-org.com/projects/) with the understanding and cooperation of everyone. We are counting on your continued cooperation and support. 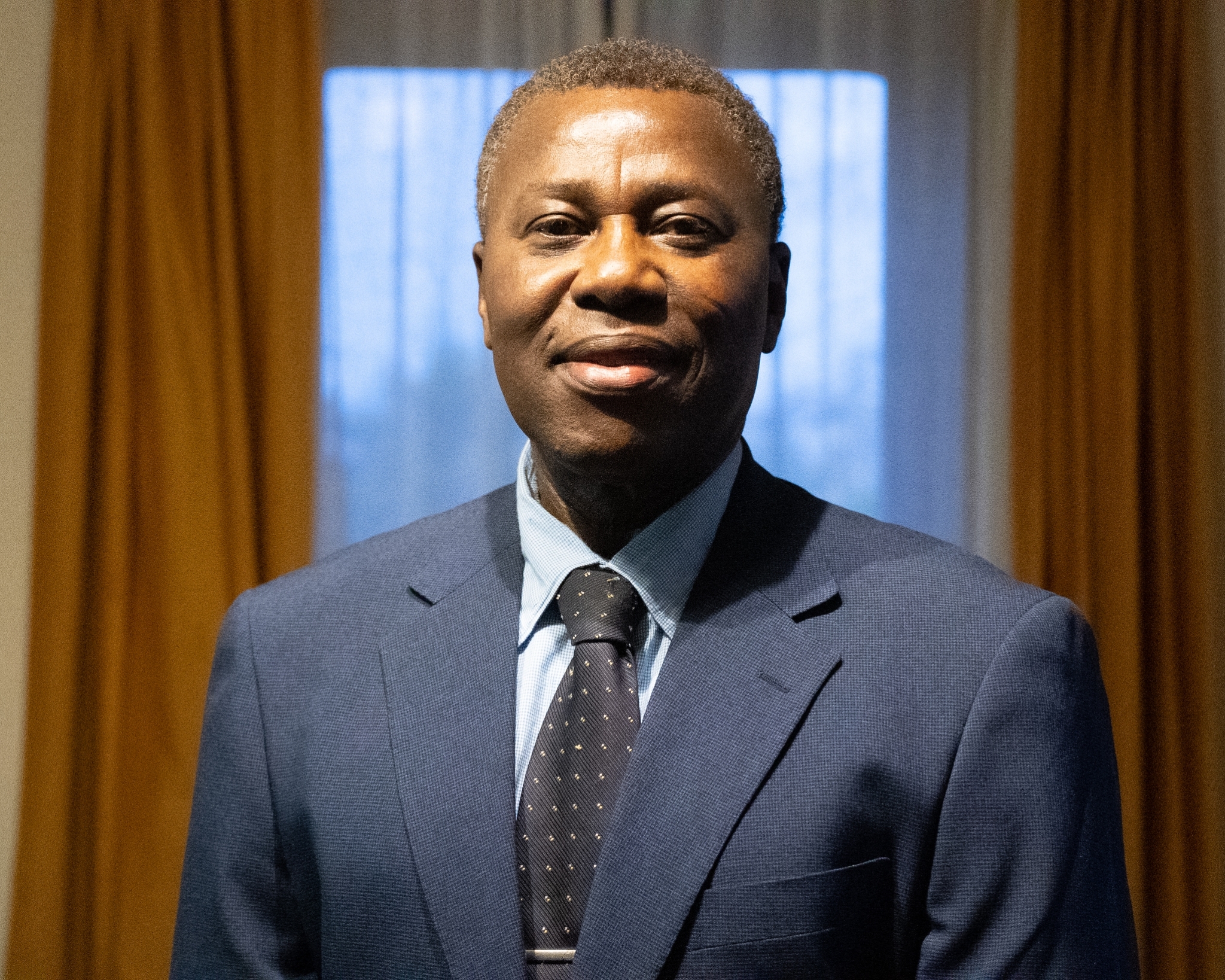 In November 2016, AFAM ran a contest for a Logo design through the website of the association and members responded overwhelmingly. We made the final selection among the various designs we had according to the general acceptance of members through online pooling and settled on the majority vote. We are privileged to introduce the one whose design won the majority vote and the concept behind the Logo.

The logo was designed by Abdeli Hamza. Born on February 1990 in Algeria. Studied Electrical Engineering in Algeria and got a State Engineer Diploma. He later pursued a Master Degree in Robotics in France, and presently in Tohoku University pursuing a PhD in Robotic Engineering, in the Prof. Shuji Tanaka’s MEMS laboratory. In his own words; “I am interested in art and design. I used to draw when I was a kid and that became a passion when I grew up. Now using computer I try to make some designs of logos, posters and the like for fun and as hobby”.

The Concept of AFAM Logo

Some Africans feel that Japan is in another planet and that is because of the geographical distance between Africa and Japan, and the same thing goes for some Japanese. Africans in Japan, particularly in Miyagi prefecture, are willing to change the mind-set about this by introducing the African culture through various voluntary activities to help reduce the distance between the two people and bring them to same world. That is what the Logo means.

In the Logo, Japan and Africa are close and not far anymore. Each color of the flag represents something unique. The red represent the love that holds together Africa and Japan in one globe. The globe means unity. The black represents the African culture and the white represents the Japanese culture. In the Logo Japan took the black color while Africa took the white color, which signifies the exchange between the two.

Therefore the meaning of the Logo is “Love, exchange, and unity”.

Under the best of circumstances, we do strategic planning and decision-making for AFAM according to the mission, vision and values of the organization. 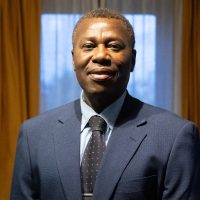 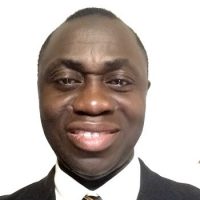 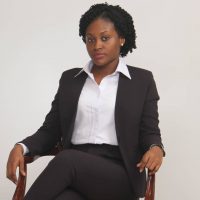 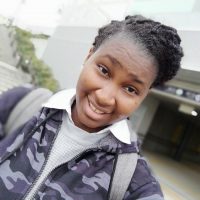 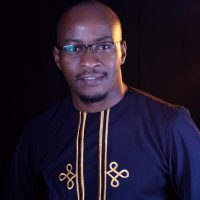 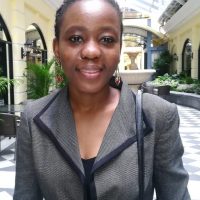 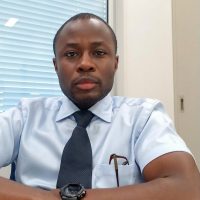 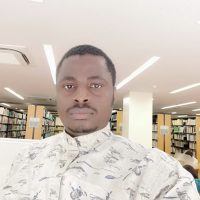 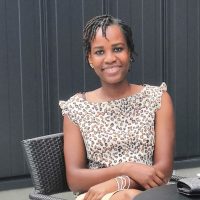 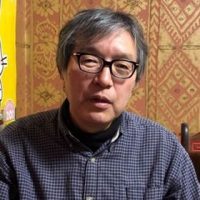 The AFAM Business Initiative (ABI) is one of the priority projects of the Association. ABI aims to strengthen business relations between Africa and Japan, to support African businesses, and to develop budding African business ideas in the Tohoku region.

AGPI is an AFAM support group that directly engages the AFAM community in the fight against global poverty especially in Africa in support of UN’s 2030 Agenda for Sustainable Development Goals (SDGs) that pledges to “leave no one behind”.
AFAM Alumni in various places in Africa have the resources, the passion, and the ingenuity to help tackle the problems of poverty. AGPI aims to support them in using that opportunity to make a difference.
AGPI would engage the AFAM community in organizing annual Poverty Action Week to raise funds to support the initiative as well as seeking donation from organizations or individuals who align with this initiative.

Helping to create a conducive environment to educate every African child.

AFAM is working to support the promotion of Child Friendly Schools (CFS) in Africa. Japan and the rest of the world are working towards achieving the Sustainable Development Goals (SDGs), and AFAM has started working on projects to achieve SDG4 “Quality Education” and SDG6 “Clean Water and Sanitation” in Africa.

AAEI aims to support basic education up to secondary school level across Africa by offering assistance in the following areas:

To achieve these, AAEI seeks to solicit donations in cash or in kind from benevolent individuals and organizations who align with our goals for helping to create conducive environment to educate every African child.

Below is a report link to a donation made to Swedru High School in Ghana by Miyagi Co-op (https://www.miyagi.coop)

AFAM tries to understand the needs of students who are looking for rooms and the welfare committee helps students find safe and secure housing that offers many advantages based on their requirements, such as closeness to the university, cheap rent and good security. AFAM provides support after the student found a room, by giving information on mover, furniture, etc.
AFAM has a network of real estate agents who understand the needs of foreign students.
Students looking for a new house or apartment can fill out the online application form below. 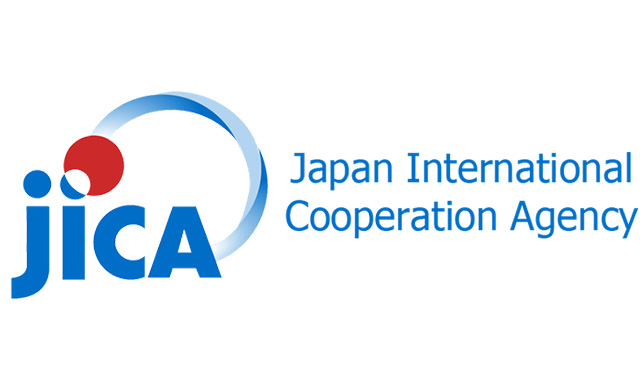